Sarah Fullard was described as having a zest for life

A mum-of-two died after stumbling over garden furniture while enjoying the nice weather, an inquest heard.

Sarah Fullard had celebrated putting together some garden furniture with a few drinks at her home in Hull on June 3 last year.

The 42-year-old drank some wine and beer as she enjoyed the warm weather and was in a “merry” mood, a neighbour said, Hull Daily Mail reported.

An inquest at Hull coroner’s court heard how Sarah must have stumbled after getting up and was left momentarily unconscious after falling on the coffee table at the patio.

The position she was in after falling meant that she was unable to breathe and died of asphyxiation.

There was no suggestion Sarah had been drinking heavily and there was evidence she had made a meal and carefully put items away that evening, the inquest heard.

Her mum Jenny said: “We cannot put into words how much we love and miss Sarah. We are just incredibly proud of her.

“Sarah was a happy and healthy little girl who enjoyed singing and dancing.

“She was bright and never struggled at school and made lots of friends. She loved performing arts and always stuck up for herself.

“She was also good at gymnastics and even competed in trampolining. She was also into cars and motorbikes.”

Sarah, who was interested in travel and tourism and enlisted on a course at Hull College, was in a relationship with a childhood sweetheart, but that ended and she met someone else.

They planned to get married but Sarah fell pregnant with her first son. They had a further son but later split up suddenly, the inquest heard.

“Sarah was a brilliant mum and she always cooked healthy meals from scratch,” Jenny said.

“We are really proud of the way she brought up her boys who are intelligent and loving. She and her partner broke up suddenly and her world fell apart. But they carried on and remained amicable for the sake of the children.

“Her life was completely normal until her passing.

“She had planned to go on holiday to Cornwall and had been looking forward to it but it had to be cancelled. She would have been there the weeks she died.”

The position she was in after falling meant that she was unable to breathe and died of asphyxiation.

The inquest heard how a neighbour had seen Sarah earlier that day putting up a bench and she seemed “excited she had managed to put it up herself”.

He described her as “merry” and it was only later he looked over the fence and saw her slumped on the coffee table. He immediately called 999.

The post-mortem revealed that Sarah had moderate to severe alcohol intoxication, but that was not the cause of her death.

The amount of alcohol she had drunk would have made her at a greater risk of falling, but it had not reached a toxic level, the inquest heard.

Giving evidence at the inquest, Dr Ian Richmond concluded the position she ended up in had left her unable to breathe.

He also noted her liver was in a healthy condition, suggesting she had never been a big drinker.

There were a couple of cuts to her face but no head or brain injuries.

Area Coroner Lorraine Harris made it clear she did not believe alcohol was the key reason for Sarah’s death.

She said: “Sarah was described as merry and the alcohol level suggests she was at an increased risk of a fall but it did not contribute directly to her death.

“She was going about her routine, having cooked a meal and cleaned up, which suggests to me she was no more than merry.

“She simply did what many of us do and that was to have a few drinks in the safety of her home.

“She appears to have stood up at some point and stumbled into her coffee table. She landed in such a way that she was unable to breath and became asphyxiated.”

In concluding Sarah’s death was an accident, Mrs Harris expressed her utter heartbreak at the sudden death.

“This was an absolutely tragic accident,” she said.

“This is something we all do, sitting in the garden enjoying a drink. She was proud of herself that day for having put together some garden furniture and felt she had earned a drink and a chance to relax.”

Mrs Harris also paid her own tribute to Sarah. She said Sarah was clearly well loved by many.

Addressing Sarah’s family who attended the inquest, she said: “I understand what a close family you all are. It has shone through today what a lovely woman Sarah was.

“She had a zest for life and took every challenge head on. She was a wonderful example to her children.

“Losing her in such a way must have been a real ordeal and she leaves a big gap in the family.

“I hope in time you will not just think about the circumstances around her death but also about the wonderful memories.

“I hope you remember her laughter and how good she made you all feel. She was much loved and loved everyone around her.”

Fri Mar 18 , 2022
STATEN ISLAND, N.Y. — It’s practically time to leave our cozy residing space and head outdoor for relaxation and entertaining. But if you’re continue to hunting for comfort on your deck or patio, you will be thrilled by what we’ve observed — a substantial collection of sofas, armchairs, dining sets […] 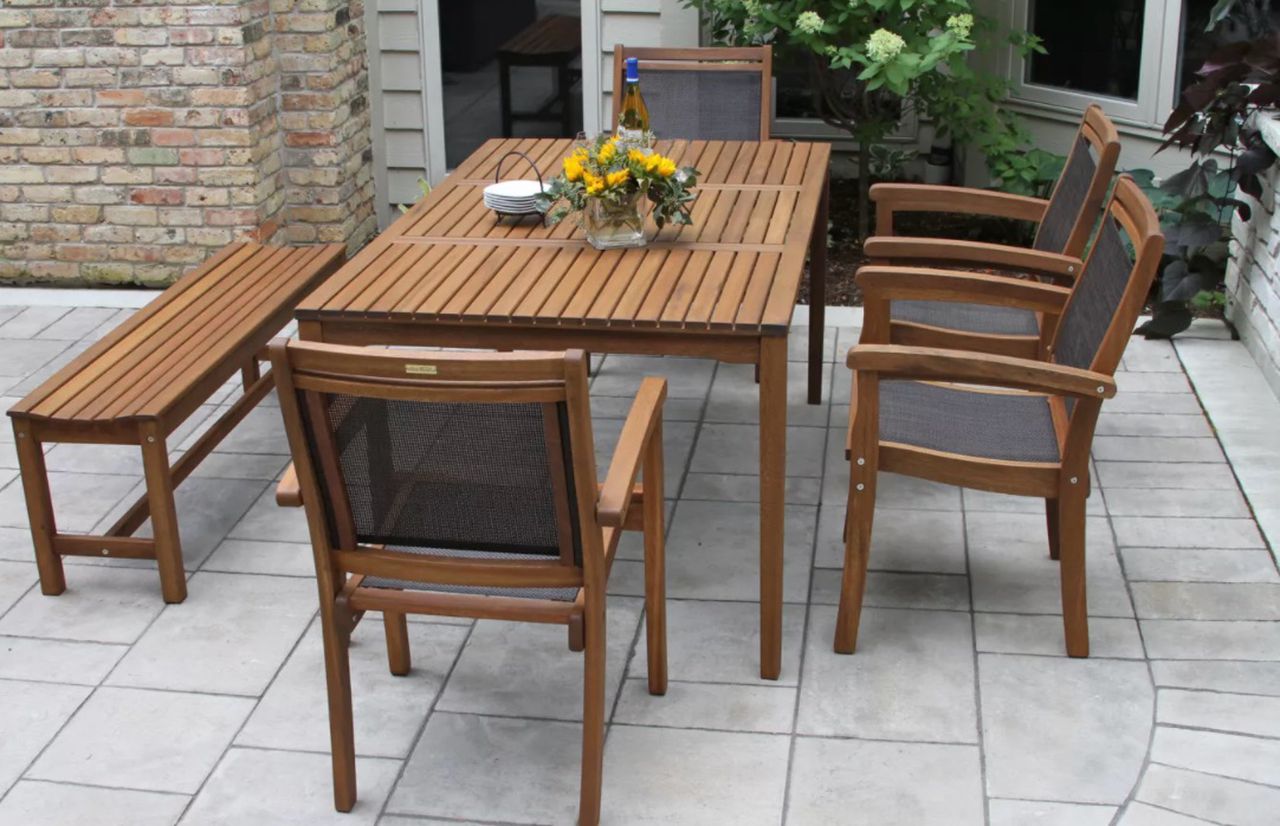