A storied name of the Kentucky program, Couch, was the team’s quarterback from 1996-98. After giving up his senior season of eligibility, he was drafted as the No. 1 pick by Cleveland in the 1999 NFL Draft. In 1998, the junior quarterback was named a first-team All-American and consensus Southeastern Conference Player of the Year. Couch completed 400 of 553 passes for 4,275 yards and 36 touchdowns and led the nation in pass completions while ranked second in completion percentage, passing yardage and touchdown passes, and fourth in total offense. After guiding the Wildcats to the Outback Bowl, UK’s first New Year’s Day bowl appearance in 47 years, Couch finished fourth in Heisman Trophy balloting. He was also a finalist for the Davey O’Brien National Quarterback Award as a junior and sophomore. His breakout sophomore campaign featured 363 of 547 passes completed for 3,884 yards and 37 touchdowns while leading the nation in pass attempts, completions, yardage, and completion percentage. Also during his sophomore year, Couch earned second-team All-SEC honors and finished ninth in Heisman voting. He played in seven games as a true freshman, with two starts. Career wise, Couch completed 795 passes on 1,184 attempts for 8,435 yards and 74 touchdowns. The legend ended his career with seven NCAA records, 14 SEC records, and 26 school records.

The announcement of the 2023 College Football Hall of Fame Class will be made in early 2023, with specific details to be announced in the future.

The criteria for Hall of Fame consideration include:


*Players who do not comply with the 50-year rule may still be eligible for consideration by the Football Bowl Subdivision and Divisional Veterans Committees. Veterans Committee candidates must still meet First Team All-America requirement.

Once nominated for consideration, all FBS player candidates are submitted to one of eight District Screening Committees, depending on their school’s geographic location, which conducts a vote to determine who will appear on the ballot and represent their respective districts. Each year, approximately 15 candidates, who are not selected for the Hall of Fame but received significant votes in the final selection, will be named automatic holdovers and will bypass the district screening process and automatically appear on the ballot the following year. Additionally, the Veterans Committee may make recommendations to the Honors Court for exceptions that allow for the induction of players who played more than 50 years ago. The Honors Court annually reviews the Hall of Fame criteria to ensure a fair and streamlined process.

Of the 5.54 million individuals who have played college football since Princeton first battled Rutgers on Nov. 6, 1869, only 1,056 players have earned induction into the College Football Hall of Fame, or less than two one-hundredths of a percent (.02%) of those who have played the game during the past 152 years. From the coaching ranks, 226 individuals have achieved Hall of Fame distinction.

Wed Jun 8 , 2022
Spouse and children home Images BY MIKE SCHWARTZ Immediately after stints with renowned designers in Chicago and New York, where Jennie Bishop managed all facets of higher-finish household jobs from preliminary notion to last installation, she ventured out to create her possess namesake firm, Jennie Bishop Design. “At first, I […] 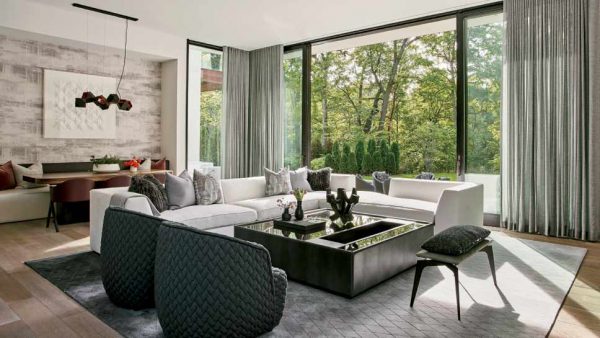